After two months of progression, Sioux has released a smart city app for Danang Government and citizens. DanaBus app is introduced on April 27, 2017, which is developed by Sioux to look up bus routes easily in Danang city. This application aims to enhance the transportation service in the city which helps people travel easier, decreases air pollution and gets rid of traffic congestion.

Using Xamari to develop the app for both iOS and Android with English and Vietnamese, Sioux believes this application will help not only the citizens but also visitors in Danang experience a better service of traveling by bus.

In development progress, Sioux’s development team have to work under pressure to finish the project as required. However, our team overcame those challenges by working extra hours to successfully create a smart app for Danang city. Sioux is proud of the company contributing to the development, modernization and civilization of the city.

With outstanding features in DanaBus, smartphone users can easily search for bus routes and determine the distance from departure to arrival points. Moreover, the users can know exactly the bus arrival time to reduce the waiting time. To get the final destination via various bus positions, the app provides detailed time and routes. Smartphone users can also check the bus fares for traveling from place to place. 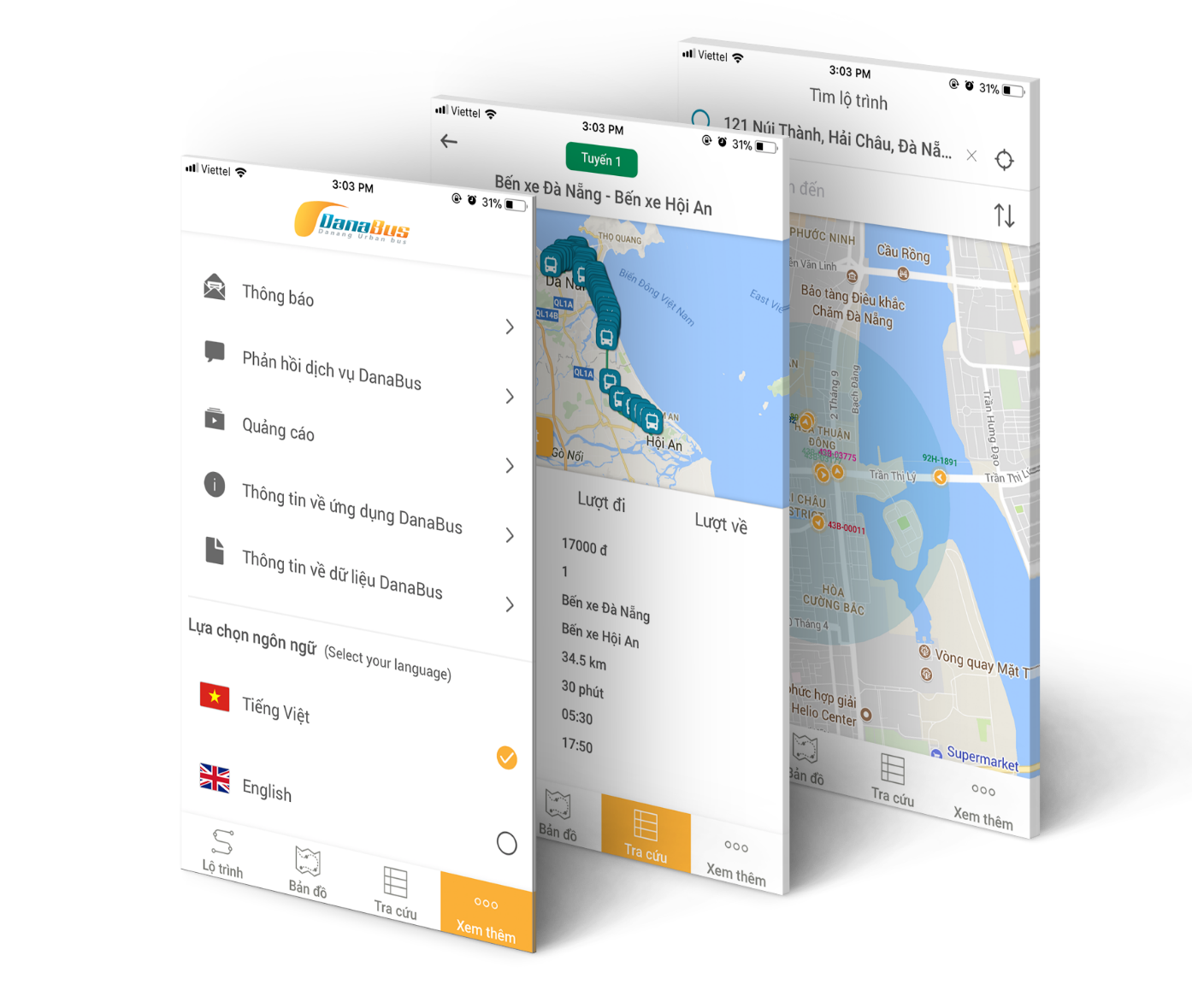 With a friendly and convenient interface for users to look and choose the suitable routes, DanaBus receives positive feedback from both citizens and visitors.

By developing DanaBus app, Sioux is contributing to building a smart city much more peaceful, worth living and modern.

Sioux’s development team is training for the stakeholders

During this training session, the installation environment and source code compilation of the app were fully transmitted by our engineers to the stakeholders

Download and try Danabus App on both iOS and Android version.

If you need further assistance in the mobile app or smart application for your business, let Sioux be your potential partner. Please feel free to contact us at [ contact@sioux.asia ]