Intelligent software that enables users to get the most out of their equipment.

High-end application software Sioux supports OEMs in realising and integrating application software, such as device handling, verifying processes, image and data analysis, and presentation of information. Sioux is a specialist in application software. With our state-of-the-art knowledge of development methods, programming languages, tooling and platforms, we help clients to develop distinctive and competitive products. In doing so, we focus on quality, innovation speed and cost-effectiveness. 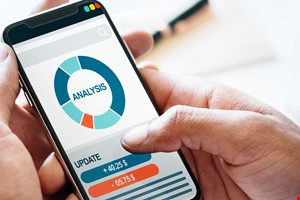 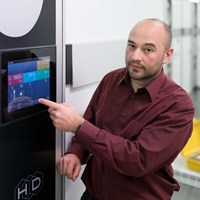 ‘At Sioux they have the capability of thinking in systems: their developers look at solutions and customer needs as an integrated service. ’

Sioux has designed and developed the app to make it suitable with different user roles: Farmers, technicians, supporters, and administrators. It offers an effective solution for De Heus to distribute news, tutorials to their farmers and technicians. The app is developed to inform the users about epidemics, natural disasters, the latest news, knowledge, and skills for agriculture… Moreover, via this app, the users can give feedback about products and services to De Heus directly.

Sioux used an agile approach for this project; we created working software every two weeks to obtain early feedback from customers and users, then worked according to their priorities. Sioux designed, implemented and tested the new software components that were necessary for gaining the requested functionality. Sioux also proposed a list of several functional improvements that have already been adopted by TKH.

Sioux developed a Box Build solution incorporating electronics, driver software and part of the application software. This solution takes care of controlling the dispenser, valves, heating and cleaning, then reads all of the sensors, connecting them to, as an example, the payment terminals, all at a competitive production price. Sioux handles the development and prototyping as well as the production, assembly and testing of these box builds.